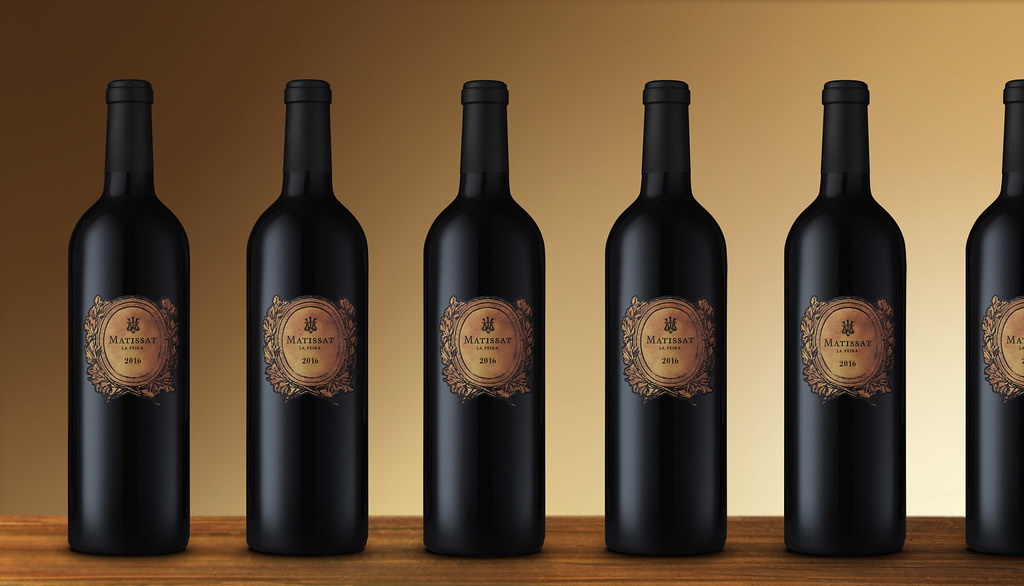 We offered recently our first ever En Primeur release of Matissat – our pure Mourvèdre cuvee.

There were 1300 bottles (or around 222 wooden cases of 6 bottles) made in 2016. It’s a wine we only make in great years for this variety as it need perfect weather to ripen. Late-ripening Mourvèdre (found in Bandol – by the sea near Cassis – and sometimes Chateauneuf-du-Pape) is an interesting cepage.

“It reminds me of midnight: dark, quiet, impenetrable, enigmatic….but, at its best, full of strange magic”, writes Andrew Jefford of Mourvèdre. That same Andrew Jefford, writing on La Pèira’s Matissat:

“I’m not sure I’ve ever tasted better Mourvèdre; certainly not since I was last in Bandol”

Our pre-release offer (closed now for the 2016 vintage) was found on the La Pèira Especiariá  –Especiariá the occitan word for the French Épicerie – here: https://store.la-peira.com/product/en-primeur-matissat-2016/ 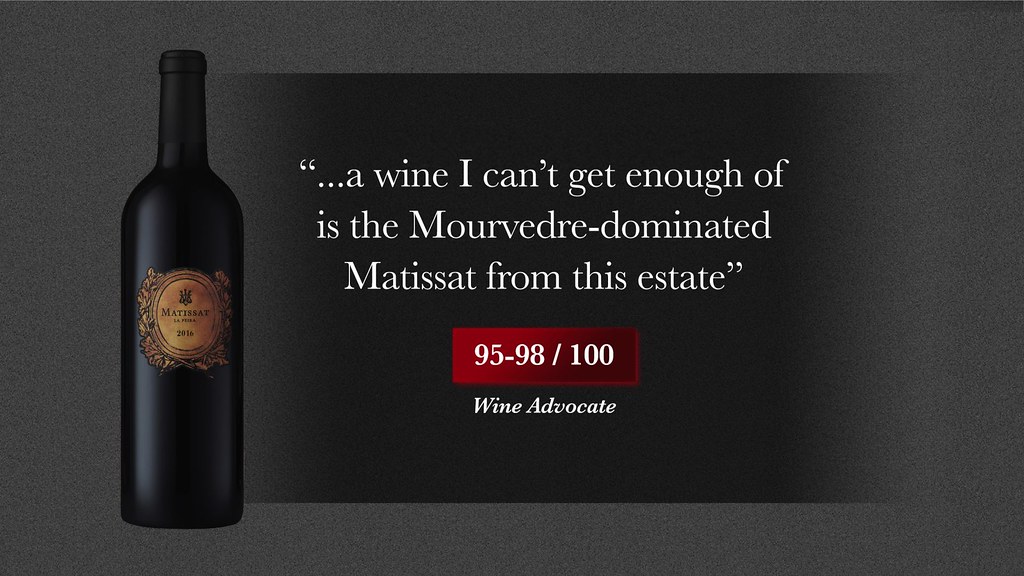 “A wine I can’t get enough of is the Mourvedre-dominated Matissat from this estate, and I’ve yet to not love every vintage I’ve tasted”

A wine I can’t get enough of is the Mourvedre-dominated Matissat from this estate, and I’ve yet to not love every vintage I’ve tasted. The 2016 Terrasses du Larzac Matissat boasts a deep purple color as well as sensational notes of ripe dark fruits, violets, chocolate and massive chalky minerality. It’s a big wine, but it stays balanced, fresh and structured, with plenty of sweet tannin lending length and cut on the finish. I’d try a bottle right on release, and then forget it for 5-7 years, as Mourvedre has a tendency to close down shortly after release. Wine Advocate 95–98/100

The deepest colored of the three wines in this report, the 2016 Terrasses du Larzac Matissat is a Mourvèdre-dominated cuvée raised all in barrels. This smoking good barrel sample is absolutely loaded with notions of cured meats, black currants, crushed rocks, game, and graphite. Deep, full-bodied, and powerful, it has no hard edges, a seamless texture, and building tannin. It’s up with the greatest expressions of this variety in France.  Jeb Dunnuck 95-97/100

On first releasing the Matissat cuvee in 2012, we wrote the following:

Never ones to wish to distract from the La Pèira wines, we nevertheless found ourselves in 2007, harvesting Mourvèdre of excellent quality, that when it came to blending, could not find its place alongside the Syrah and Grenache in the La Pèira blend and so was bottled alone. This practice has continued, and each year for the last six years we have harvested a small plot of Mourvèdre that makes up the entirety of this wine – Matissat. The wine is grown a few steps away from where it is Vinified – on the same plot as the Syrah and Grenache of La Pèira on the Bois de Pauliau.

The Bois de Pauliau is a bit of an anomaly in our region of the south of France. It has been an AOC since 1948, as the most northerly zone of the white Clairette – so for just over half a century. It received its second AOC for red wines, the Terrasses du Larzac designation (Bettane and Desseauve’s French appellation of the year in 2011) in 2014. Just nearby, still in the Clairette AOC again, France’s oldest winery (10AD) was discovered (link: Decanter July 2007), and Clairette itself has been produced at least since 77-79 AD when Pliny the Elder named the whites of Baeterrae (Beziers) along with the resinous reds of Vienne as the sole two wines of exception from what is now France.

Harvested in the October mists, a time of chilled mornings, cold nights, and vine leaves turning to autumnal ruby, blood red, and rust, there is something special both about this time of year and this grape variety to us. Late-ripening, tannic, and with its own earthy inimitable character, Mourvèdre also has an extraordinary ability to age and to unfold and show more with time. Andrew Jefford’s description of the cépage is interesting: “It reminds me of midnight: dark, quiet, impenetrable, enigmatic….but, at its best, full of strange magic.”

Given growing areas such as Bandol come to mind when thinking of Mourvèdre, or certain wines such as the Beaucastel’s well-known ‘Hommage’, it’s a surprise to learn that these noted examples are mostly blends. The Beaucastel is 60 percent, and top Bandol estates such as Tempier advising against bottling pure Mourvèdre. After repeated tastings – and having held off releasing the wine for a while (7 years), we started to feel we had the proof in our glass.

And that like a Nebbiolo grown in Barolo or Barbaresco, or a Pinot Noir grown in Burgundy: here was a pure Mourvèdre that was complete, complex, and valid on its own singular terms. It’s an exciting side exploration for us, and hope it is of interest. Here follow reviews from Jancis Robinson, the Wine Advocate, David Schildknecht, Jeb Dunnuck, and Andrew Jefford (Decanter).

“I’m not sure I’ve ever tasted better Mourvèdre; certainly not since I was last in Bandol” Andrew Jefford (2008)

“What Mourvèdre it is! Harvested only in late October, that component of this wine displayed the variety’s archetypal chocolate, bay laurel, and raw meat.” Wine Advocate David Schildknecht (2009)

For en Primeur offers such as this in the future visit: https://store.la-peira.com

“Harvested in the October mists, a time of chilled mornings, cold nights, and vine leaves turning to autumnal ruby, blood red, and rust, there is something special both about this time of year and this grape variety to us.” – La Pèira Preamble to the first release in 2012